Despite the strange times we're all living in, we're excited to announce that our 9th studio album will be released on May 8th! 'Dear Future Self' was recorded across the globe, taking in recorded sessions from New Zealand as well as our home city of Berlin and features collaborations with artists from Iceland, South Africa, England and Germany.

Many of the songs were road tested all over the world over the last 18 months. From beautiful sunsets at the beach to industrial warehouses, big festivals and even the smallest clubs - only the essentials made it onto the album. We hope that we can play the new music to you very soon.
Walter and Arno. 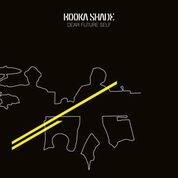